– Ian Patterson, All About Jazz

SIU2 is a renowned fusion band from Hong Kong. The sheng, a musical instrument with its roots from ancient China no less than 3 millennia ago, leads the organism’s process of sound-weaving together with the sanxian, zheng, piano, bass guitar and drums. The resulting musical tapestry flows seamlessly through the East and West, past and present while melting down borders between genres. SIU2 is a sonic portrayal of the juxtaposition of disparate cultural elements in Hong Kong. It is one-of-a-kind and its sound not something one can hear anywhere else.

Ever since debuting in the 2008 Hong Kong Arts Festival Sheng It Up and the New Visions Arts Festival, SIU2 hold their concerts in Hong Kong City Hall Theatre in 2010 and 2012. In 2017, SIU2 invited by the Hong Kong Arts Development Council to host A Musical Odyssey Beyond Time concerts at Jockey Club New Arts Power festival as recognition of its unique brand of sound grew that flourished and received accolades worldwide.

Four albums have been released by SIU2: Age of Absurdity (2018), Sonic Traveler (2013), KonFusion (2010) and Open Door (2008). Sonic Traveler, featuring musical elements of various cultures as the theme, expand the frontiers of SIU2 musical vocabularies even further as it communicates with the world with music ; Music from EP KonFusion, the second album was chosen
by CNNGo.com to be used in its episode featuring Hong Kong. And music from the Debut album Open Door was recorded
as the background music of Mcdull movie. 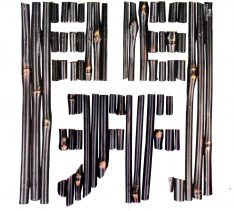 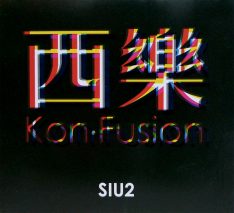 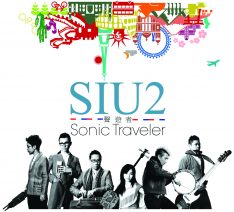 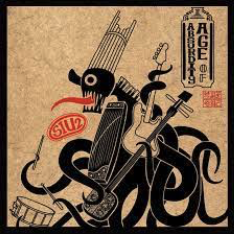 “Listen to the group performing live is quite an experience; it feels like you’re wrapped up in a fast-paced weave of bright, crashing melodies.” 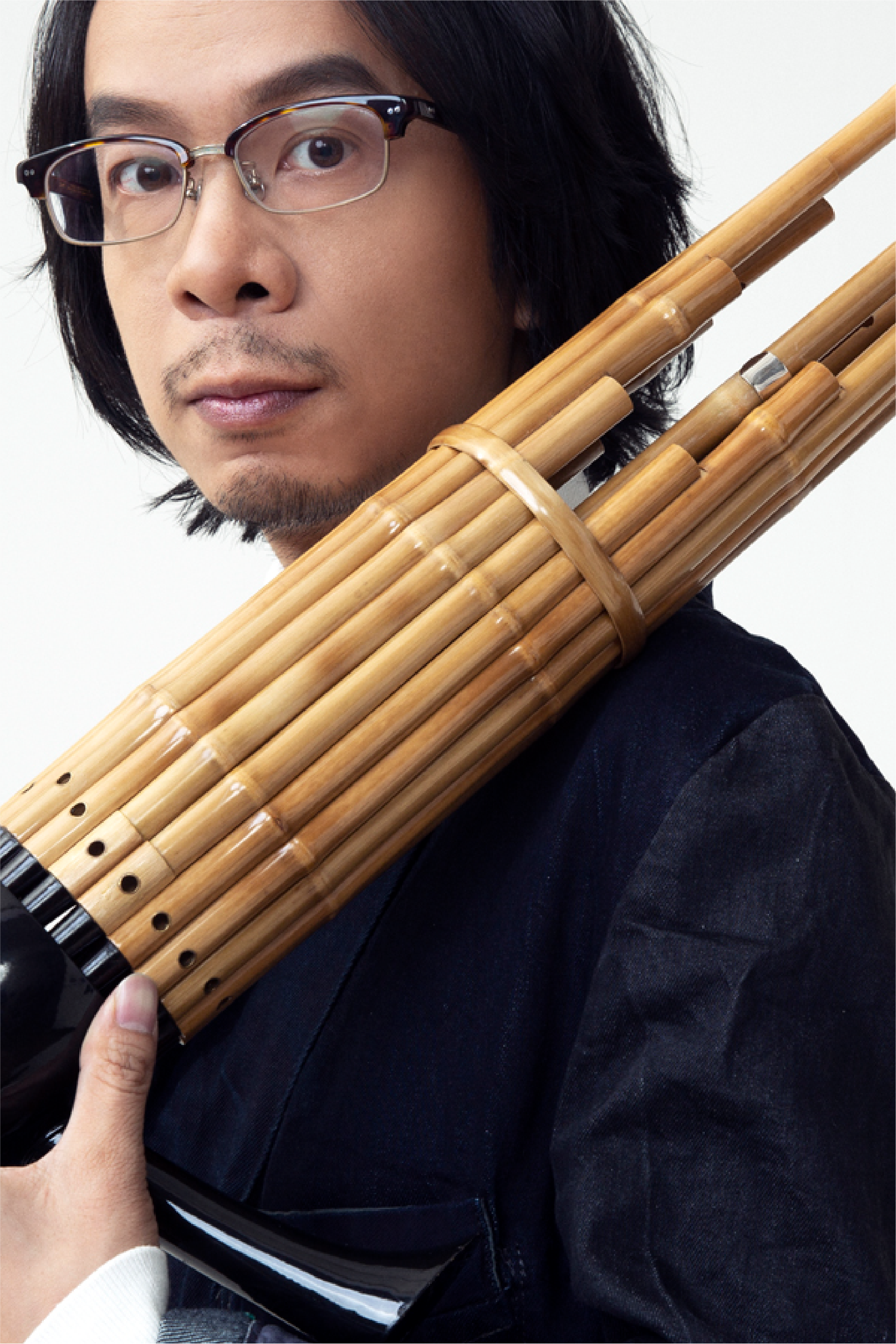 Ng Cheuk-yin is a composer, music producer, sheng performer and a cappella artist.

Ng is the artistic director of Yat Po Singers, Hong Kong Sinfonietta’s first Artist Associate and music director of the fusion band SIU2. After receiving a post-graduate degree from the Music Department of the Chinese University of Hong Kong, he went on to study Japanese at the International Christian University in Tokyo and Jazz Music at Codarts in the Netherlands.

In 2012, Ng received Award for Best Artist from the Hong Kong Arts Development Council. In 2009 and 2013, Ng received the Best Serious Composition in CASH Golden Sail Music Awards by the theatrical choral concert Rock Hard and double sheng concerto Before the City Collapses respectively. In the following year, his choral work Singing Voices of the World was awarded twice the CASH Golden Sail Most Performed Works Award 2014 & 2019 (Serious Music).

Ng’s orchestral works include sheng concerto for Chinese orchestra The Seventh Month, drumset concerto Fly, Chinese orchestral work Tang Resonating and Chinese percussion concerto White etc. Other compositions by Ng include music for dance drama spectaculars L’Amour immortel, Lady White of West Snake and Di Zi Gui; film score for the McDull movie Pork of Music; choral works Before We Grow Up, Singing Voices of the World, Music of Love and Ears in Heaven; and pop songs Under the Cherry Blossom Tree and The Way We Grew by Hins Cheung and Can’t Get Happy by Eason Chan. 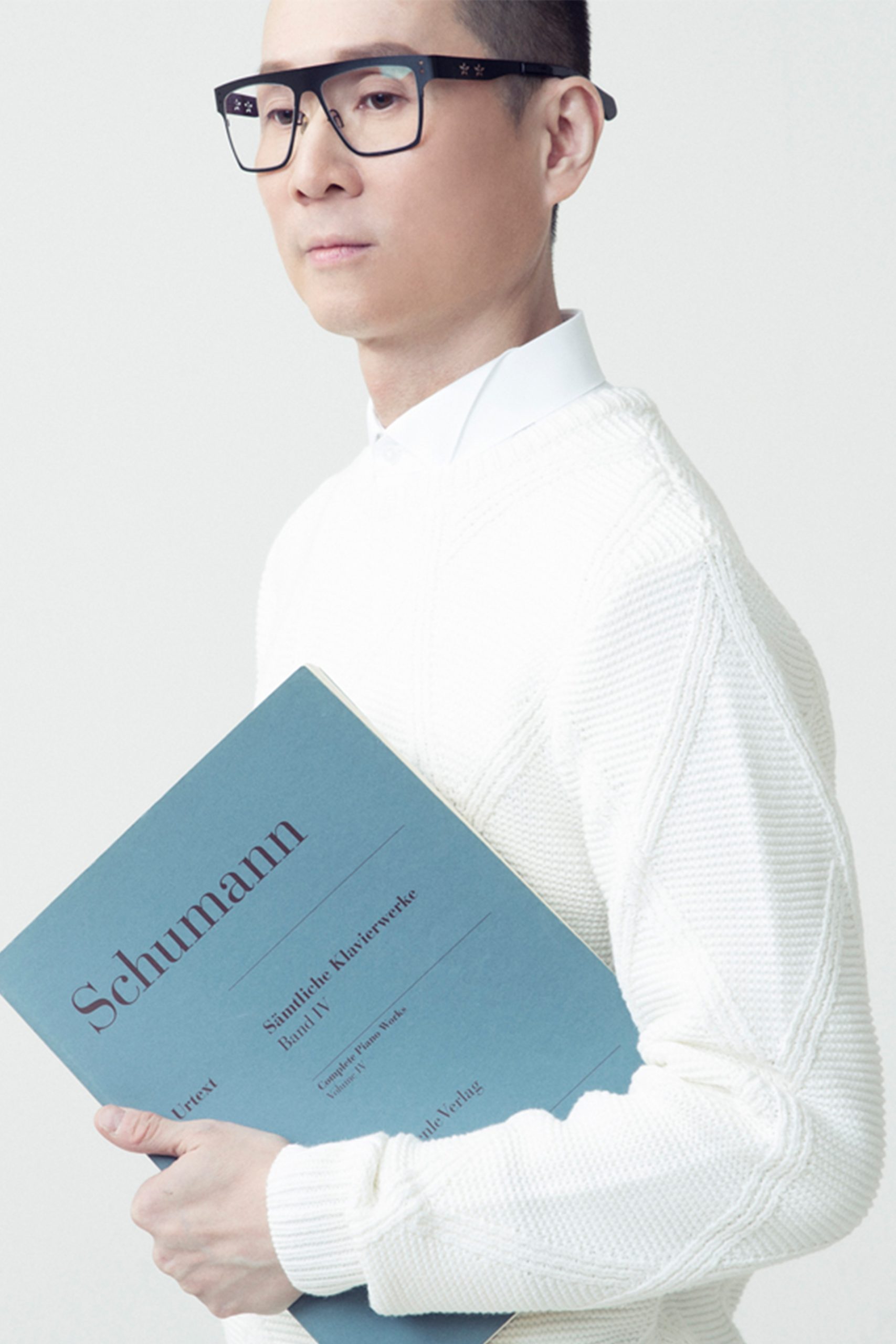 Keyboard Principal of the Hong Kong Sinfonietta from 2003 to 2008. Peter studied music at the Hong Kong Academy for Performing Arts after graduating from the Faculty of Law. The University of Hong Kong.

While at the Academy, he majored in Piano Performance under the tutelage of Gabriel Kwok, Head of Keyboard Studies. He studied Chamber Music/Accompaniment with Nancy Loo. Mary Wu. Fan Ting, Richard Bamping and Barry Wilde, and Piano Pedagogy with Eleanor Wong. While still a student, he performed at numerous masterclasses and received various scholarships. Since graduation, apart from performing as a soloist, he has been much sought after as an accompanist, chamber musician, and orchestral pianist, collaborating with both local and international artists and groups such as Lung Heung-wing, Yuri Bashmet, José Carreras of “The Three Tenors”. David Glass Ensemble, and Korean dance master Sin-cha Hong, to name a few. He has also worked as musical director for theatre productions, been involved in film music production, and has taught at the Music School of the Hong Kong Academy for Performing Arts

At present, he is a piano instructor at the Music Department of the University of Hong Kong and the Hong Kong Institute of Education, and a guest keyboard player of the Hong Kong. 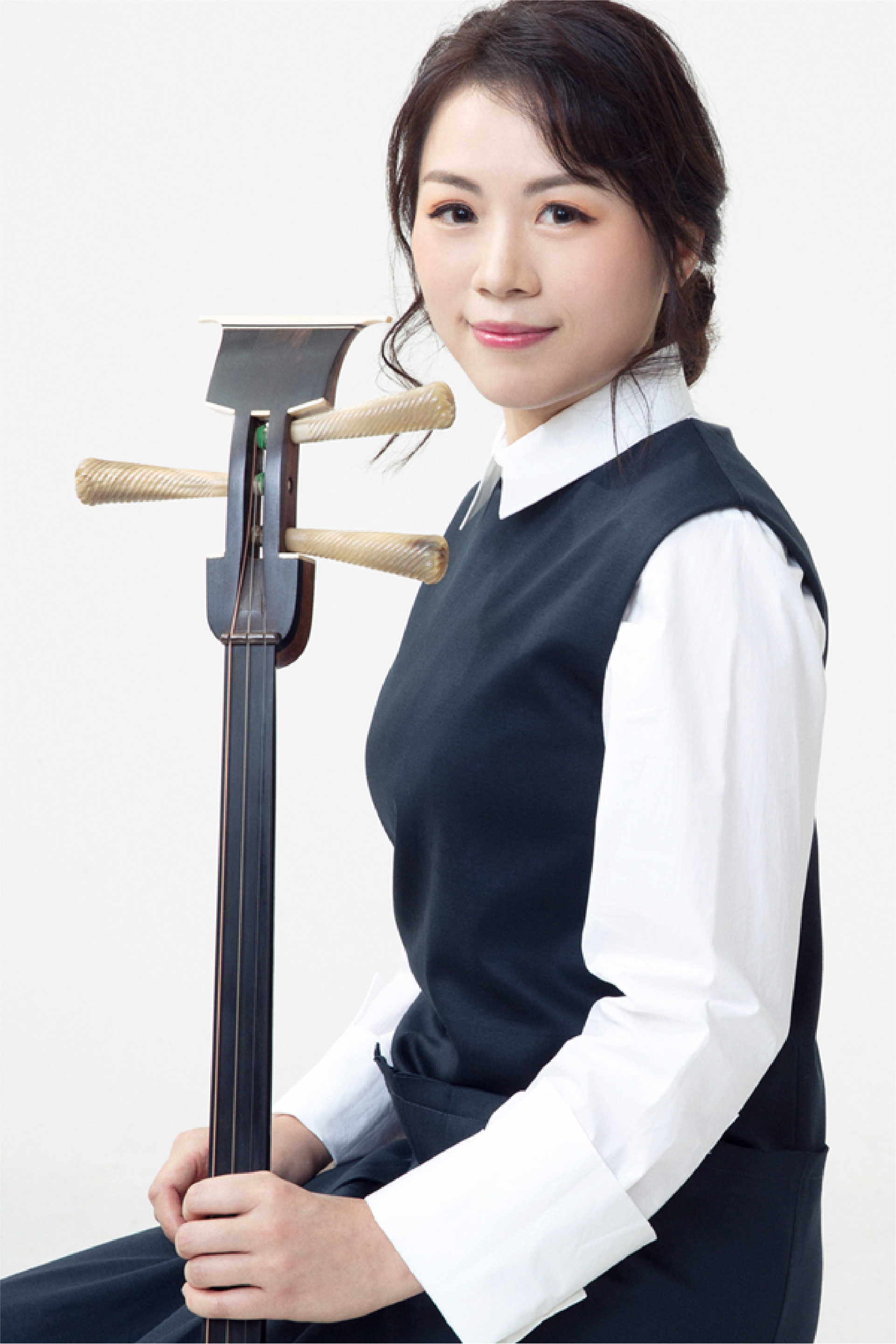 Cass started sanxian training under Chu Lai-yung in Music Office. She received further training under Xiao Jian-sheng of China Conservatory of Music in Beijing. After graduating from the Fine Arts Department of The Chinese University of Hong Kong in 2005, she obtained M.Phil (Ethnomusicology) in 2009. She was awarded champion in Hugo Chinese Music Solo Competition, and was invited as sanxian soloist to perform with Hong Kong Chinese Orchestra. 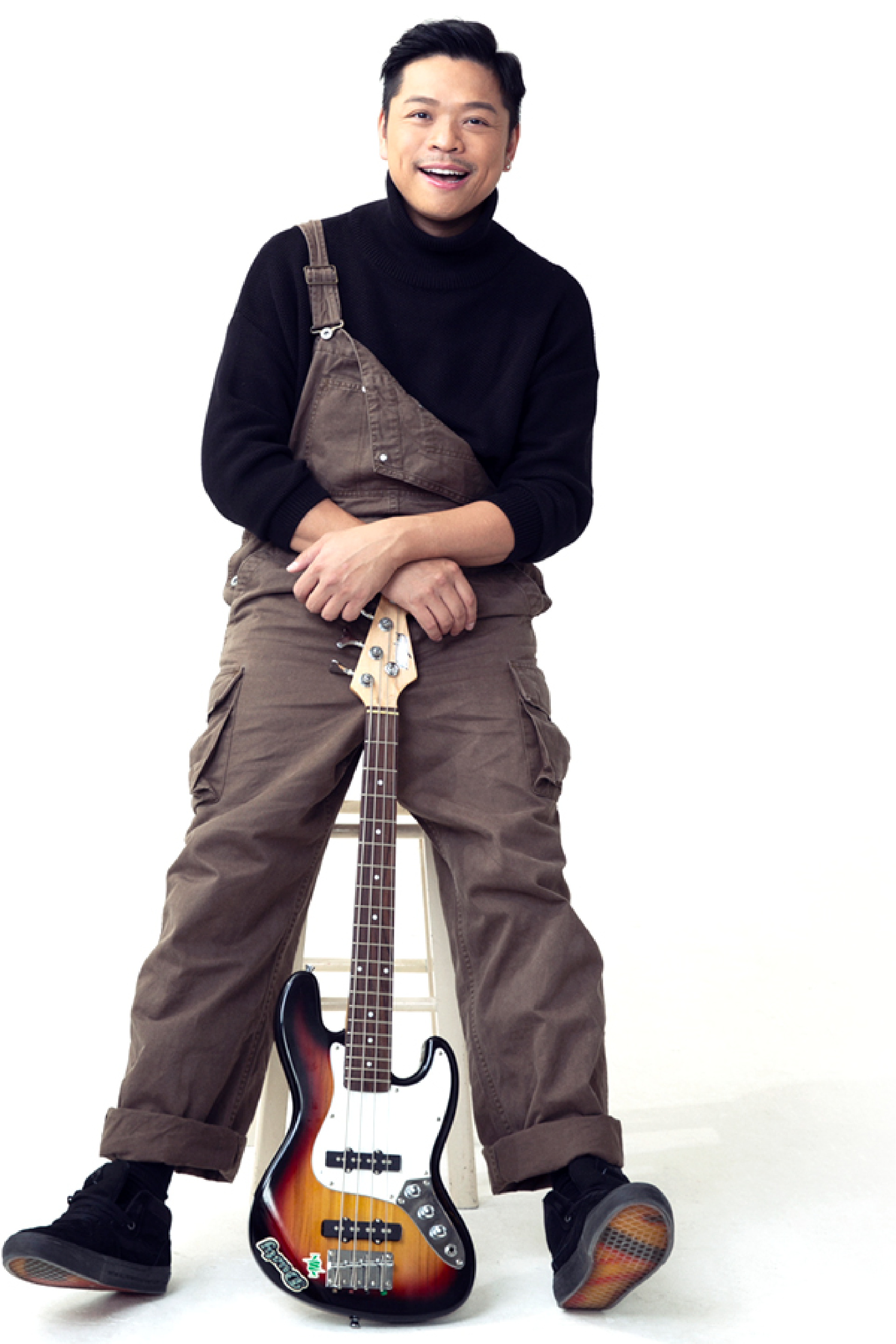 Siuming is a bass player, arranger and producer. He was the music tutor at Ultimate Musicians Institute. He has worked with different song writers and pop singers for music recordings and performances, for examples Adam Cheng, Lisa Wong, Eason Chan, Paul Wong and Joey Yung etc. He is also the bass player of Soler and has been to China, Taiwan, Malaysia and Singapore etc for concert tour. Besides, Siuming performed at various drama, TV and radio programmes, namely Vision Party for the 20th Anniversary of The Hong Kong Academy for Performing Arts (2004) , Pippin of the H.K. Musical Theatre Federation (2004) , Around the World in 80 Days of Faust (2006) and TVB “Super Voice” etc. He is also active in producing commercial jingles and music for movies. 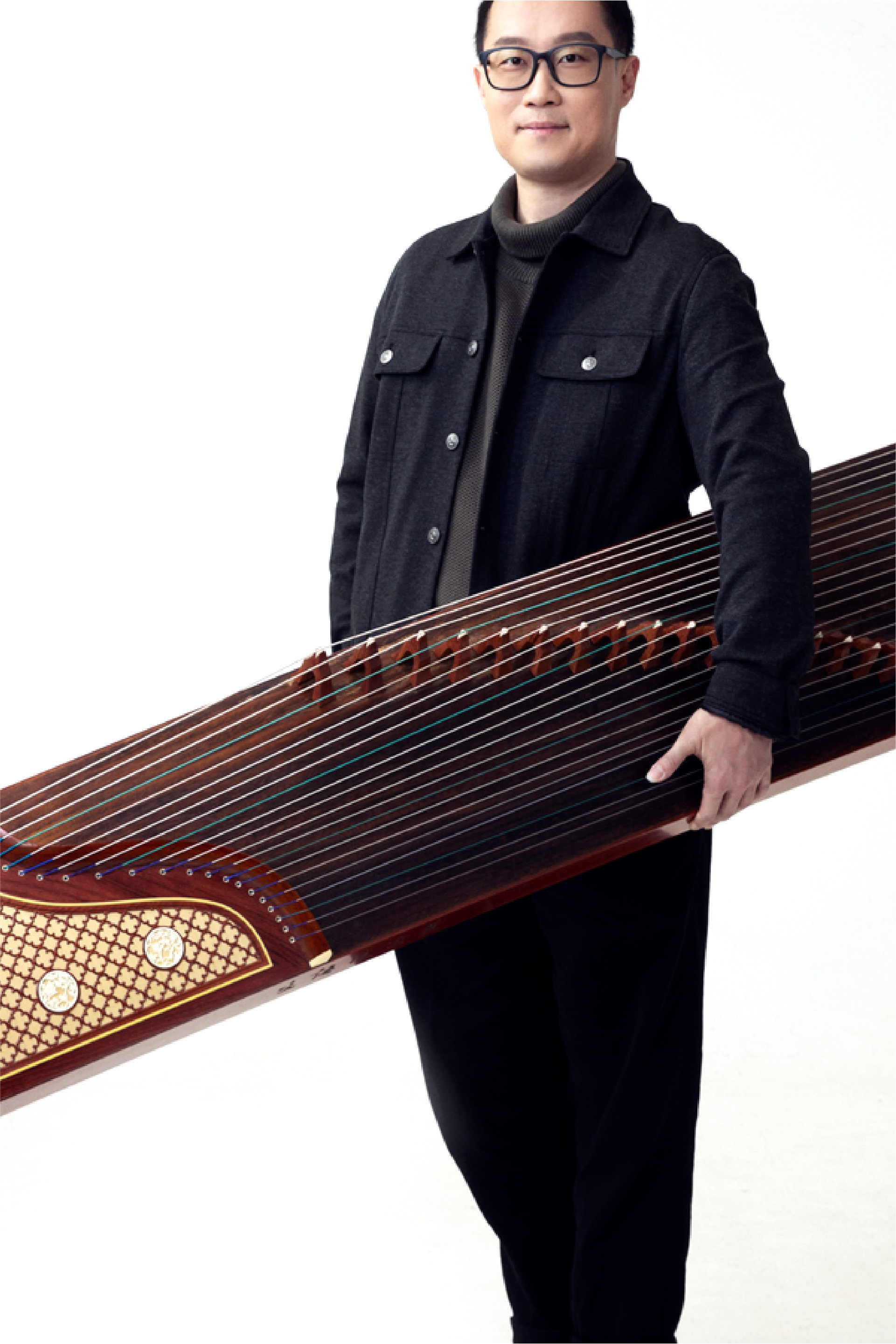 Jason started learning the zheng with Choi Ngar-si in 1987. After graduating from the Architecture Department of The Chinese University of Hong Kong in 1999, he studied music at the same university and obtained BA(music) with first class honours in 2002 as well as M.Phil (Ethnomusicology) in 2007. Jason has worked freelance for Hong Kong Chinese Orchestra (zheng) and Hong Kong Sinfonietta (percussion), and also performed in the Hong Kong Arts Festivals in 1997 and 2008.
He is now part-time zheng Instructor at The Chinese University
of Hong Kong, and part-time lecturer at The Hong Kong Academy for Performing Arts and HKU Space Community College. 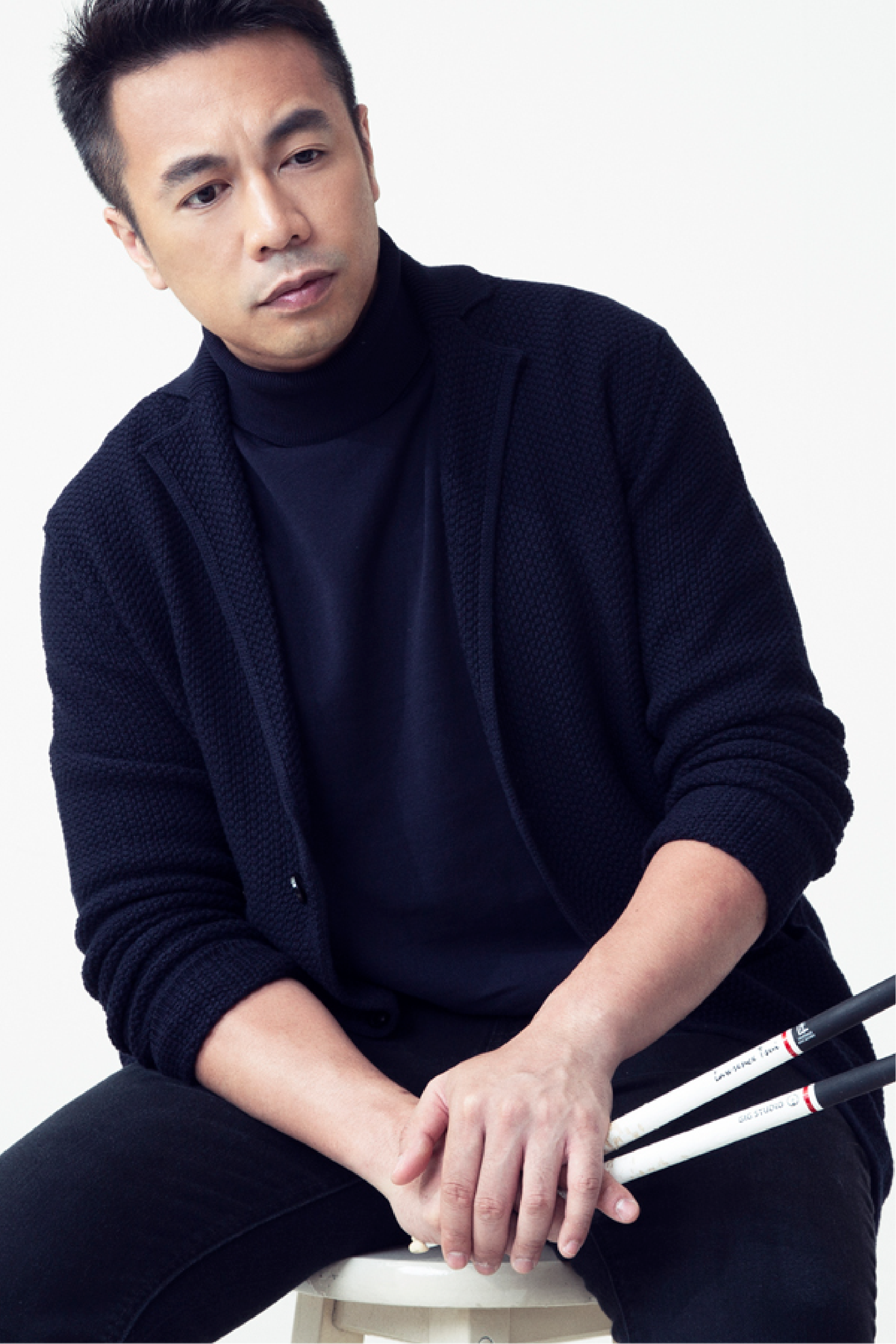 Lawrence graduated from Hong Kong University of Science and Technology. He is a professional drummer and percussionist, also the endorser for U.S. brand Zildjian Cymbals & Westone Earphone. He is also the holder of Performance Certificate in Trinity College London, “Best Drummer” award on Asian Beat in Yamaha Hong Kong Open Band Competition in 2000 and 2001, “Best Drummer” award on Budweiser “True Music” Music Contest 2005.

He is also involving in different music groups such as Saturday Night Jazz Orchestra, Island Express Jazz Orchestra, Tommy Chung Blues Band, Gong Wu and Hong Kong Chinese Orchestra. He has been also playing various performances on music festivals around the world from time to time.

On the academic side, Lawrence was the lecturer of the Faculty of Digital Music and Audio Technology in Hong Kong Institute of Vocational Education, focus on Contemporary Music Genres, Music History, Drums & Percussion.